Research interests
Dr. Vredeveldt investigates how eyewitnesses remember crimes and how police interviewers can help them remember more and better. Improvements in witness interviewing would help the police obtain more valuable information from witnesses, which could lead to more criminal cases being solved. Her three main lines of research on eyewitness memory are outlined in more detail below. 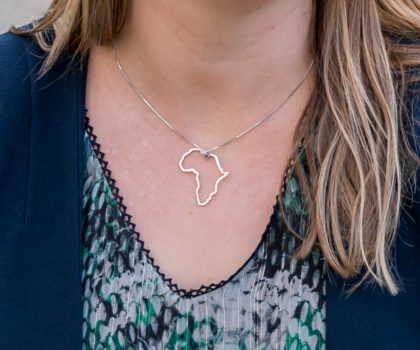 Discussion between witnesses
As a Branco Weiss Fellow, Dr. Vredeveldt investigated what happens when eyewitnesses are interviewed in pairs. Where previous research on co-witness discussion focused primarily on memory contamination after exposing witnesses to errors, she examined naturalistic conversations between witnesses. In a series of experiments, she found that witnesses were actually much more likely to correct each other’s errors than to adopt each other’s errors. In addition, witnesses provided each other with memory cues that sparked new memories after the discussion. Pairs who actively acknowledged, repeated, rephrased and elaborated upon each other’s contributions were especially succesfull at remembering together.

Dr. Vredeveldt’s findings that collaboration between witnesses can have significant benefits for eyewitness testimony run counter to the dominant narrative in the literature on co-witness discussion. Under certain conditions, co-witness discussion may not be not as bad as previously thought. The effectiveness of the collaborative interview in real-life settings is currently being tested in a field research project with the Dutch national police.

The Eye-Closure Interview
During her Ph.D. and postdoctoral research, Dr. Vredeveldt investigated a new method intended to help witnesses remember more: closing the eyes during the investigative interview. By closing the eyes, witnesses can block out distractions from the environment (such as non-verbal cues from the interviewer) and focus on their mental image of the witnessed event. In a series of experiments, she found benefits of eye-closure for memory of events across a variety of conditions.

Dr. Vredeveldt’s research on the Eye-Closure Interview has attracted attention from police interviewers all over the world, who have implemented the procedure in their practice. She conducted a large-scale field study with the South African Police Services and was invited to give lectures on the Eye-Closure Interview at the European Police College course on investigative interviewing for senior police officers, at the Investigative Psychology Unit of the South African Police Services, and at the High-Value Detainee Interrogation group of the American FBI.

Kate Kempen (University of Cape Town, Ph.D. Candidate, projected to complete in 2019). The effects of composite construction on facial recognition.

This website uses cookies to improve your experience while you navigate through the website. Out of these, the cookies that are categorized as necessary are stored on your browser as they are essential for the working of basic functionalities of the website. We also use third-party cookies that help us analyze and understand how you use this website. These cookies will be stored in your browser only with your consent. You also have the option to opt-out of these cookies. But opting out of some of these cookies may affect your browsing experience.
Necessary Always Enabled

Any cookies that may not be particularly necessary for the website to function and is used specifically to collect user personal data via analytics, ads, other embedded contents are termed as non-necessary cookies. It is mandatory to procure user consent prior to running these cookies on your website.